Getting Real about excessive high fives

The high five is a celebratory hand gesture that occurs when two people simultaneously raise one hand, about head high, and push, slide or slap the flat of their palm against the palm of their partner.

It has come to my attention, especially working in an office that is brimming with testosterone that high fives are used in an excessive and indiscriminate manner. Bad joke: high five. Well-timed “that’s what she said” : high five. Simply entering a room: high five. And I’m expected to participate in this and have to deal with a disapproving look when I refuse to high five over opening a can of soda successfully. For years I’ve been giving half-hearted high fives because I didn’t want to explain myself. But no more! Honestly people, have some standards for your high fives!

Maybe I’m being a little over the top but I think years of unsatisfying or downright unsuccessful high fiving has scarred me. Do you know how many times my older brother pulled the “too slow” move on me? Just witnessing an attempted high five that is left hanging makes me want to cringe let alone being involved in this sort of exchange. And then there are the unenthusiastic high fives where I feel like I’m slapping a dead fish. Why even bother?

This is why I’m sticking to my guns. If I’m greeting you, I’ll give you a smile, a nod, a wave. Maybe upgrade to a hug if I like you and you seem comfortable with it. If I want to acknowledge a good zing, I’ll shout out a “whaaaaaaaaaaa” or if I feel the need to make contact, a fist bump will do. But let it be known, it’s gonna take some work to get a high five out of this girl.

Getting Real about James Franco’s many endeavours

Alright, alright, alright, I’m sick of hearing about how James Franco is a man who wears many hats or juggles many projects, or “straddles many roles” — as most recently described in the New York Times.  Actor, oscar host, phd student, author, painter, screen writer, film director. His day starts at 4 am and ends at 2 am. EVERYONE BE IMPRESSED.

I think we are overlooking the fact that he isn’t really doing any of the above particularly well. His book isn’t exactly a best seller, his art exhibit left many scratching their heads, and during his stint at the Oscars, he could be described as bored, stoned, aloof, apathetic, but certainly not entertaining. Yes he took a red-eye back to New Haven after the Oscars to make his 9 am class the next day, I guess that’s kind of impressive, but I would be more impressed if he had shown a little more enthusiasm at the Oscars (or at least acted — remember acting James? like he gave a shit), and THEN he made it to his class AND he stayed awake (unlike the audience at the Oscars).

And then I have to read about how he is not only pursuing a PhD in English at Yale, but is also simultaneously on track to earn a master’s degree in film from New York University this spring. He already also holds a master’s degree in writing from Brooklyn College. I mean who needs that many degrees? It’s like he is doing it for sport. Good for you, you can afford to pay for not one, but 3 liberal arts degrees that you will never use. Did this man not receive enough praise and attention growing up?

I think James Franco needs to stick to what he does best and that’s looking smoking hot. 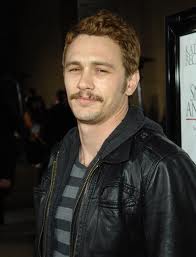